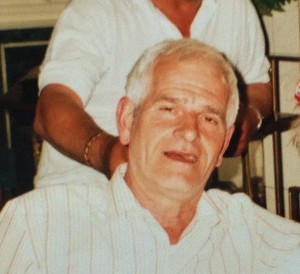 The club offers its deepest sympathies to the family of Lecretia Seales, sister of former Polytechnic 1st Team captain Jeremy, who passed away recently after a long illness.

Lecretia fought a lengthy battle with brain cancer since first being diagnosed in 2011.

In recent months, Lecretia gained extensive publicity in her homeland as she fought a legal battle for the rights of terminally ill people to die at the time and place of their own choosing.

More details of Lecretia’s life and her legal struggle can be found at lecretia.org/about.

Friends and team mates are invited to attend a service for Yvonne at St Winifred’s Church, TW9 3HB, on Thursday 5th March at 11AM and afterwards at Mortlake Crematorium.

The start of our playing season is almost upon us.

We hope you are excited and optimistic about the new season as we certainly are!

The facilities we enjoy at the Poly – the pitches, the training, the bar atmosphere and the after match meals – are, we believe, the best of any amateur football club in our area.  However, you will appreciate that these have to be paid for.  The cost of pitches, food, referees, equipment and league affiliations this year will be approaching £55,000 for running our twelve teams for the season.

We do our very best to control these costs

…but the vast majority are wholly outside of our control and are inevitably increased year on year.  For the past 3 seasons the club has run at a loss of several thousand pounds each season.  Had we not received a one off windfall of sponsorship from our match at Buckingham Palace last year and other kind donations, we would have exhausted all reserves by the end of last season, including the legacy left to the club by Eddie Galvin, who served as Club Secretary for half a century.

To keep our budget in balance this year, we must ask the membership to absorb a significant increase in annual subs.  Annual Membership will rise to £125 if paid by 20th September or £130 if any later.

This year there will be a number of additional benefits.

1) Entry to the End of Season Awards night will be free to all members this season (and it won’t be held in the school half term!).
2) For the first time we will allow members to pay their annual membership in instalments by direct debit, at no additional cost if this is set up early in the season.  This will be through a 3rd Party, www.gocardless.com, further details will follow in the coming weeks.
3) We have recently entered in to a partnership agreement with Nike that will allow us to roll out complete (with shorts and socks), high quality playing strips to our squads over the course of the coming seasons.

So, please do your best to get your membership paid or direct debit set up as early as possible in the season as you can.

Thank you for reading and for your continued understanding and support for Polytechnic FC.
Yours in Football
The Management Committee