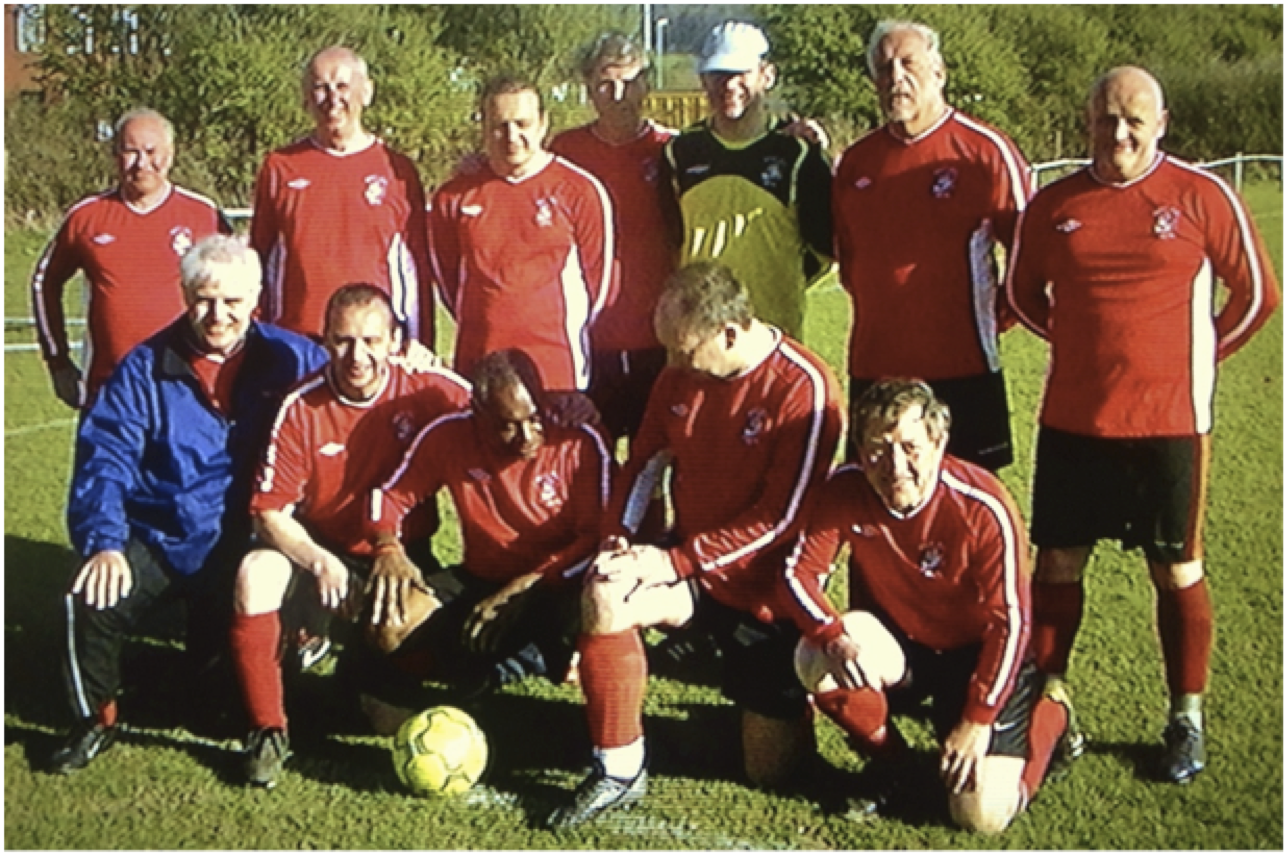 Player of the Year: Colin Mongul

If England were to ever play an over 50s international tournament then Roy Hodgson could do no better that to commence his selection process by watching a Strollers fixture and studying the array of middle aged talent on display every week in what is best described as ‘post veterans football’.

The squad is firmly based around the famous maxim of there being no substitute for experience and Alan Hansen’s immortal words once uttered on Match of the Day that ‘you will win nothing with just kids’. Consequently the cumulative age total of the players on the pitch will invariably surpass 500 whereas the total number of false teeth that have been temporarily removed for the 90 minutes and left in the dressing room can be even greater.

And what an incredible season we had, 29 fixtures, 2 deserved victories against MMB Vets, a massive 4 draws, numerous narrow defeats, the annual tour to Weston Super Mare now in its 52nd year where we had the only goalless draw in Strollers’ history, a season’s goals tally well into double figures, no opposition managing to score more than 9 goals against us in a single fixture, no training, no sending offs and no emergency calls to the St John’s Ambulance.

There were some fine individual performances.

Player of the Year was Colin Mongul for his box to box energy showing it’s never too late to get fit and two crucial goals.

The ever present Roy Kimber who played in all 29 games.

Top goal scorer Dean Kimber with 13 goals. Will the Strollers be able to keep hold of him for next season when the big money clubs come knocking?

And what of player/manager Barry Madigan? Will Chelsea Vets mount an audacious bid and trigger the buy-out clause in his contract or will the Strollers be lumbered for another season?

For the answer to these questions and whether Brian Litchfield, Glen Ward, John Campbell, Ian Mess and Neal Gordon can make comebacks and whether the promised big player acquisitions materialise, roll on September so we can once again excuse ourselves on Saturday from all those boring domestic chores, which is what it’s really all about anyway.