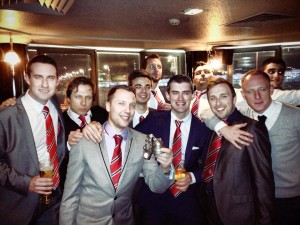 Player of the Year: Richard Plowright

The 7’s whole season was plagued by an annoying trait; good first halves, followed by self destructing seconds – coupled with a lack of goals and defensive errors it made for a disappointing season for a squad looking for promotion in September.

Way too many times we had a solid and promising first half where we looked the better side, yet ended in a heavy defeat. Clearly the gaffer needs to take a look at his half time team talk! By Christmas the season was effectively over as a competition, sitting mid table and out of both cups, the top two teams in the league still with 100% records and the bottom two with one win between, we couldn’t realistically go up or down.

Highlights were the double over Old Actonians and a very spirited home performance against league winners HSBC at the poly where a 1-2 defeat was incredibly harsh on the lads who dominated throughout.