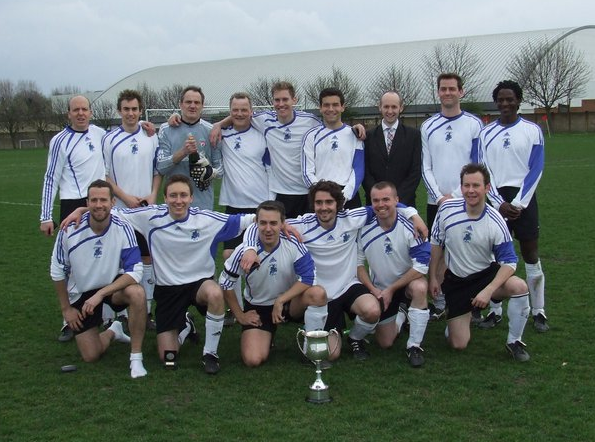 Player of the Year: Martin Kelly

This was the final year for a number of the old guard who have been turning out for over a decade. Pricey, Aubrey, R2 and skipper Rowles had decided that chasing around after people less than half of their age was becoming too demoralising and would follow Tapper into the long grass of the Vets or cycling on expensive road bikes around Richmond Park. New faces came in including: Weeks (Junior), brother of former gazelle like full back Weeks (Senior), displaying many of the same behavioural and footballing traits; Oli, king of the nut megs; and Clinton, adding a bit of style to the dressing room, and undisputed king of Twitter. Smart returned from a season long lay off and was added to the core of the team which remained consistent with the previous season.

The season itself was a bit of a mixed bag, with the team either being less than the sum of its parts, or alternatively deluded about our real abilities. Early cup defeats left the season shorter than usual and victories and defeats were evenly interspersed. Highlights included a victory over a strong Poly 5s team with part time goalies, lowlights being thumped away to Carshalton. There was a brief flirtation with second place but end of season defeats put paid to that. Martin Kelly won the Player of the Year and Tom Massey the Players’ Player. Tavares once again showed himself as a top quality goal-scorer, and there were some excellent cameos from Rayner and Stu Wakeford.

It should probably go down as the season of transition and the start of the new Max Rushden captaincy era, but there were sufficient signs that next season should be a goodun.